What is Steel and How is it Made? 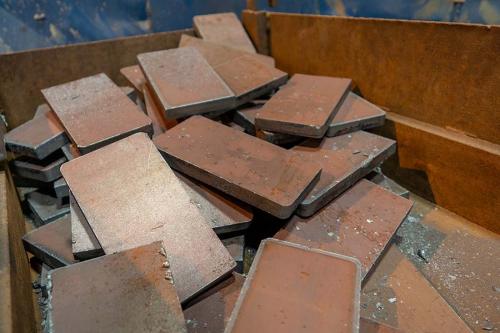 Steel is a metal that is made up of an alloy of carbon and iron. Other elements are often used in the production of steel and can bring with them a wide range of features and properties. This hard metal is very strong and is used almost exclusively for structural material and fabrication.

There are two primary methods for producing steel are through using either a Blast Furnace or an Electric Arc Furnace (EAF). Blast Furnaces have been around since sometime in the 14th century. Equipment and technology for blast furnaces have improved, but the process generally remains the same. It uses coke (cooked coal), iron ore, and limestone to produce pig iron. The pieces of coke have a high energy value that provides permeability, heat, and gasses needed to melt down the iron ore and other elements. In more modern times, natural gas is being added to the blast furnace in place of coke to reduce carbon emissions and improve sustainability.

Electric Arc Furnaces (EAFs) first appeared sometime in the late 19th century. EAFs make steel by exposing electrically charged material to an electric current being produced by terminals within the arc. This process generates heat that then begins to melt the pig iron or other scrap being used. During this process, impurities present in the molten steel float on the surface to form what is called slag. The slag is then used as a heat blanket during the refining process, and the remaining slag can be used in future refining processes. These furnaces can produce steel from 100 percent scrap, which means less energy per unit of production is needed. Compared to oxygen hearths, EAF operations can be stopped and started with little to no corresponding cost. This has caused EAF steel production to increase in recent years and now accounts for 33 percent of steel production globally and over 70 percent of steel production domestically.

Return to all News & Releases